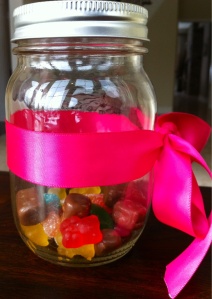 About a month ago, sibling kinship was fading and moments of peace and tranquility were few. Incoming was a surge of sibling competition, shouting, and a general need to bug the hell out of each other. Tensions were building, the battles were on the rise and I was, quite frankly, sick of it.

We’d had some bouts of flu (including my own) at our house which meant there’d been a few too many days of planted butts and under-stimulated minds.  I’d exhausted our Horizontal Parenting Kit and turned a few too many blind eyes to bad behaviour.

My husband was away, my head was pounding and my daughters were being taken over by monsters at a rapid pace but I was too busy sneaking off, to the room where they weren’t, to put a stop to it.

Avoidance can sometimes feel like (and may in fact be) a matter of survival but I know it’s not a long term solution. I also know it’s not fair to my kids to allow them to behave in ways that make them unappealing to be around. It’s not cool for us, for them, and for anyone whose presence we may be in.

Bottom line, I’d let a few too many things go to the wayside without properly addressing them. On top of being unkind to each other, somewhere along the way: “I hate you,” had slipped into the girls’ repertoire and had become the new go-to phrase during conflicts, especially for my four-year-old. I know there’ll come a time when: “I hate you,” will appear tame (flash forward to the teen years when they all have PMS at the same time) but seeing as they are four, six, and nine, these words cannot be deemed acceptable.

Banishing “I hate you” was a piece of cake…

It really was easy. I simply banned the words. I informed the girls that they were not allowed to use those words in our house and that if I heard them the offender would lose something that was near and dear to them. They would then have to do a chore or something helpful for their sisters to get it back. The two bigs listened and learned. Mini (my youngest) lost twelve things the first weekend (she’s earned back four of them and I assume she’s written off the rest) but: “I hate you,” is pretty much finished.

The word “stupid” seems to have sneakily become the new “I hate you,” though, so we’re going to have to clamp down on that one this weekend.  Again, it’s my four-year-old.

If the kids are fighting just give them candy…

Next on the to-do list was a seemingly daunting task but the solution was an easy one. Just give the kids candy. The formula was this: kindness and helpfulness toward your sisters = treats. Now, these treats are not to be rewarded in the moment or tossed into their mouths upon task completion, like a seal earning his flounder. No, these treats are to be collected is a clear jar so the kids can see how well their week is going.  Our jar is called: The Sisterhood Jar (well that’s what I call it, they call is: The Treat Jar).

When I see them playing nicely, I announce that I’m impressed and I’m putting a treat in the jar. When I see one of them helping another, I voice my approval and tell them I am putting a treat in the jar. The candy and chocolates are collected throughout the week and then shared, equally, on Friday nights during our already established Movie Night.

This little jar has actually created a sense of team work and sisterly peace. They are not putting on these acts of kindness, well occasionally they do but the motto: Fake it ‘til you make it certainly applies. I see the girls genuinely enjoying each other’s company more and they look forward to Friday nights together. They still fight, of course, as they always will but I like how it brings them together.

So, for now, sisterly peace can be found in a jar of candy

One thought on “Candy: The Solution to Sibling Rivalry”