Over the past 10 years we’ve done our fair share of long haul flights with the kids. Through trial and error, I’ve come to discover what it takes to set our family up for success. Here are some tried and tested ideas to relieve stress and effectively get your family from A to B via airplane:

END_OF_DOCUMENT_TOKEN_TO_BE_REPLACED 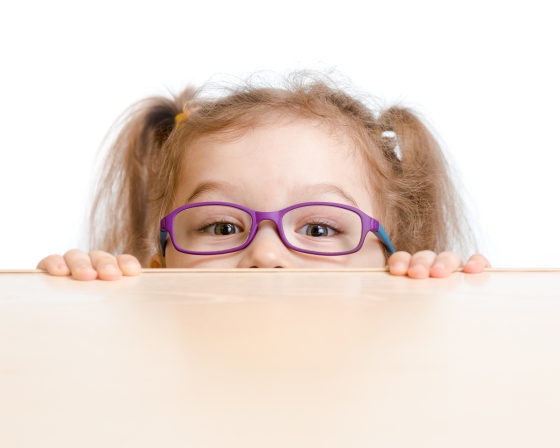 Mornings have never been my time to shine. When I first open my eyes, or have them pried open for me, I can hardly see. Even with little faces pressed right up against mine, I can still be confused as to who is there interrupting my slumber.

Honestly, my eyes look like two pissholes in the snow and my hair, a ratty-ass monsoon. My balance is off. I stagger, sway and bump into walls, even. No, this hangover-like awakening is not a result of a big night out or insomnia nor is it because I’ve been worn down by my parenting duties in the night. Nope. No night feedings, here. With or without wet beds and bad dreams, my day begins the same way. This is just me in the morning and it always has been.

END_OF_DOCUMENT_TOKEN_TO_BE_REPLACED

About a month ago, sibling kinship was fading and moments of peace and tranquility were few. Incoming was a surge of sibling competition, shouting, and a general need to bug the hell out of each other. Tensions were building, the battles were on the rise and I was, quite frankly, sick of it.

We’d had some bouts of flu (including my own) at our house which meant there’d been a few too many days of planted butts and under-stimulated minds.  I’d exhausted our Horizontal Parenting Kit and turned a few too many blind eyes to bad behaviour.

END_OF_DOCUMENT_TOKEN_TO_BE_REPLACED

There we were.  My three daughters and I. Cruisin’ along in the minivan, radio on high, having a little sing-along:

Me: I may be bad but I’m perfectly good at it.

Zed (age 6): Sticks and stones may break my bones.

Fret not, this didn’t actually happen. Because when songs, like Rihanna’s S & M, come on the radio, I change the station.

I casually switch from one station to the next, trying not to let sex, drug and violent lingo permeate the bubbles of innocence that are around my kids. I work hard to maintain these bubbles.

I know the lyrics would simply go over the heads of Zed and Mini but not Ava.  She loves singing and she hears the words. I don’t want her singing about sex, hickies and drunken Friday nights.

It should still be about unicorns and rainbows, when you’re nine, shouldn’t it?

Those were the days, huh?

I’m with Annie Lennox on this one…

Music videos today are a whole other topic of agitation for me, as a mom.  This is why they’re never on in our house. Sure lots of performers have talent, creativity and vision.

Lady Gaga is half-naked in the name of art. Katy Perry adorns her boobs with ice cream sundaes because who doesn’t love a cherry on top? Robin Thicke is pervy, gropey and creepy.

Annie Lennox described such pop stars perfectly when she described them as: “pimp and prostitute at the same time.”  She views their behaviour as: “a glorified and monetised form of self-harm.”

I’m with Annie here and I don’t want my kids looking at this and thinking it’s okay, or worse yet, that it’s something to aspire to.

Long gone are the days of Debbie Gibson and Tiffany with their big hair and tucked in sweaters.

I miss Cyndi Lauper, in her side pony, singing Girls Just Wanna have Fun…

So, you can sing and you’re gorgeous but how’s your finger filacio?

Performers from Britney to J-Lo are giving us a pseudo-glimpse of what they look like when they’re actually having sex. They writhe around solo on a beach or on the ground wrapped in a sheet. They’re basically having sex with themselves while mouthing the words to their songs.

J-Lo wants us to see that she’s still “got it.” Miley wants us to know that Hannah Montana is dead and that she’s been replaced by a twerking, giant-tongue wagging, Mistress of Seduction…

No, actually, my name isn’t Agnes…

Sometimes, when I share my opinions about current pop culture, I sound like my name is Agnes or Enid. I come across as old, out of touch and closed minded, like the perfect BFF for the pastor in Footloose.

Inappropriate is my favourite descriptive word to use, when referring to that which I deem to be unsuitable.  It’s a versatile word that can be applied to a range of categories from swear words to YouTube.

I use it when Ava comes downstairs while I’m watching Orange is the New Black.

I use it when she tells me that “all” the kids in her class are allowed to watch Walking Dead.

I say it so often that Ava has started using it.  Witnessing her saying it to her sisters has allowed me to see what kind of message it sends out.

When she says it, it sounds closed and final. It makes the topic seem beyond the reach of the recipients. It shuts the conversation down, like a door in the face.

I used it last week when Ava asked about the Wrecking Ball video.

My needle is out and I’m ready to start popping…

Ava was curious about the video. She said that some of the kids at school had seen it. I was about to close the door on the topic but I stopped myself and instead, I said: “Actually, let’s go watch it.”

With a look of shock and bewilderment, she agreed.

We googled Miley’s video. We sat together and we watched it. Ava produced a few scrunched up faces and let out a few “ews” and when the video was finished she said: “I like her music but I don’t like the way she acts.”

We chatted a little more about it and then she went off to play with her sisters.

Those are the sounds of bubbles bursting. I can’t maintain them forever and if I try, I’ll end up creating a barrier between me and my kids instead.

No doors. No barriers. No Agnes

Ebbs and flows. This is the perspective that I try to apply to my own life and especially to the relationships that are important to me. What I mean by this is being open to the flow that happens naturally, trying not to panic when the tide is out. It means accepting its natural rhythm- one that isn’t always comfortable, one that doesn’t always fulfil or feed, one that sometimes takes more than it gives.

END_OF_DOCUMENT_TOKEN_TO_BE_REPLACED

2013 was a big year for our family.  We packed up our life and moved to Canada from the UK!  Through the tears and the newly acquired greys, we’ve managed to survive the journey thus far and are settling into our new home as the winter snow welcomes us in abundance.

Moving our family was, by far, the most nerve-wracking decision that we’ve made but… change is good.

To ring in the New Year, I have written a little rhyming reflection on the year gone by….

2013– a paradoxical run
A year of great changes, wonder and fun
But also of sorrow and bidding farewell
To our family and friends whose lives we knew well

I’d hoped that the sun might welcome us home
But we landed in clouds, with a thud and a groan
Mom, Jim and Dad-out stretched arms they all stood
Had come to collect us and all of our goods

We set off on our journey, back to my hometown
To connect and to chat about what would go down
Gram was no longer there, she’d passed away
And her memory lingered, surely to stay

The times they were changing so many things new
A new home, a new town to navigate through
The keys to our house were soon in our hands
And so was our future and all of our plans

On Ava’s  birthday we moved to our new place
Trepidation and worry all over her face
Would there be children – new friends to meet?
Would it be fun to live on our new street?

The sun, it soon came and the summer did too
John set up his office amidst the wild, crazy zoo
With all the kids home for two months until school
He worked- we unpacked and played in the pool

I felt such a calm, peaceful sense of relief
Like the hard part was over, we’d turned a new leaf
My old friends were here and the laughs carried on
It certainly felt like no time had gone

And so it began- months of settling in
BBQs, discoveries and cocktails (chin, chin)
Our water baby, Zed, swam like a dolphin
And we learned why Bell Canada gets sworn about so often

The school year started without much-to-do
The girls have made friends, even little Minoo
We’ve survived the transition up until now
But the snow has arrived and we don’t have a plow…

And here with my laptop, the fire and our laundry
I know that home is the place that’s upon me
It’s the place where I’m from, the land that I love
It’s the country my kids now sing proudly of

But our hearts are in England and always will be
Of course, that’s where we became a family
It’s my husband’s home and was all of ours too
So lucky we were for the people we knew

But the thing about “knew” is this word exists not
For the word is to “know” and to not be distraught
We’ve got visits and travel plans all underway
We’ll see everyone again, when we visit next May

2014 is for business, friendship and more
It’s for learning and growing and to explore
And of course it’s for family and laughter and life
John knew we’d be uprooted with me as his wife

The journey we’re on is our own- it’s our path
We get one chance to live it, to make happiness last
In 2013 we both sprouted some greys
And new wrinkles have joined us, in these recent days

But change is a good thing, though stressful and scary
We’ll ring in this New Year feeling both blessed and merry
May 2014 refresh and renew you
And may health, love and happiness be yours all year through

Love from,
Shannon and Co.